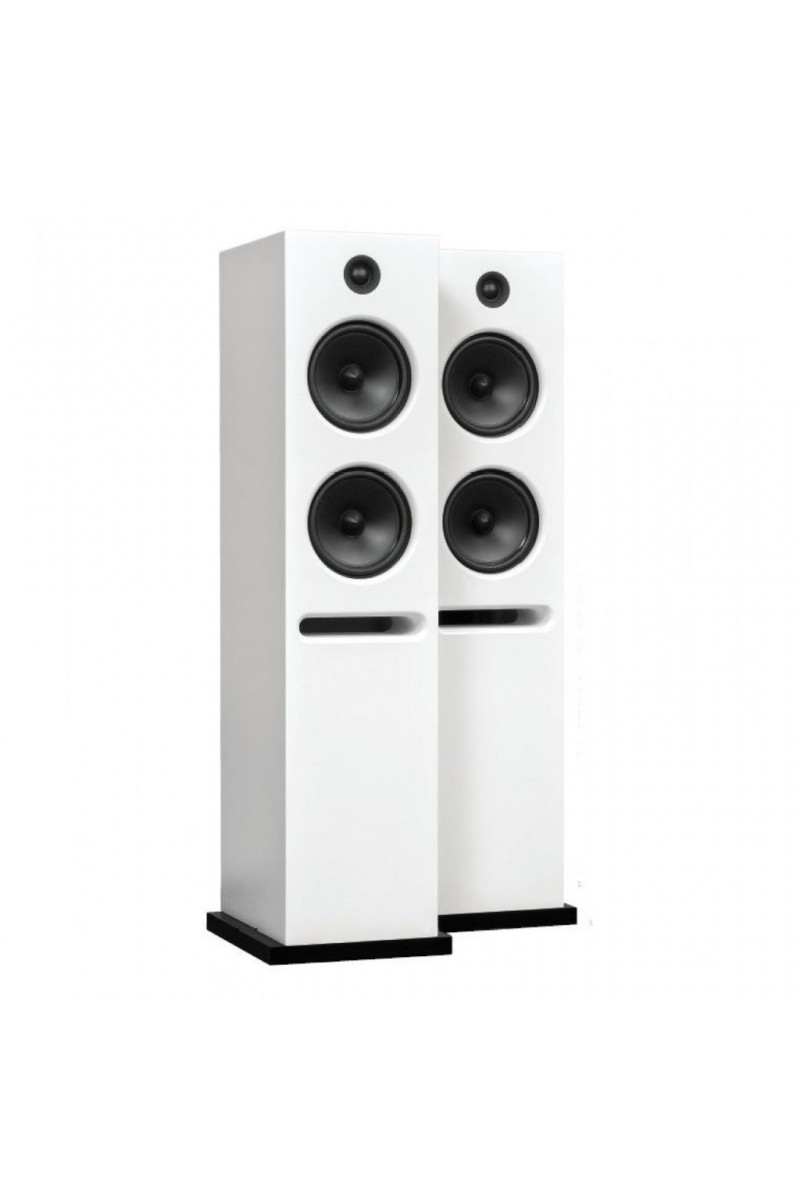 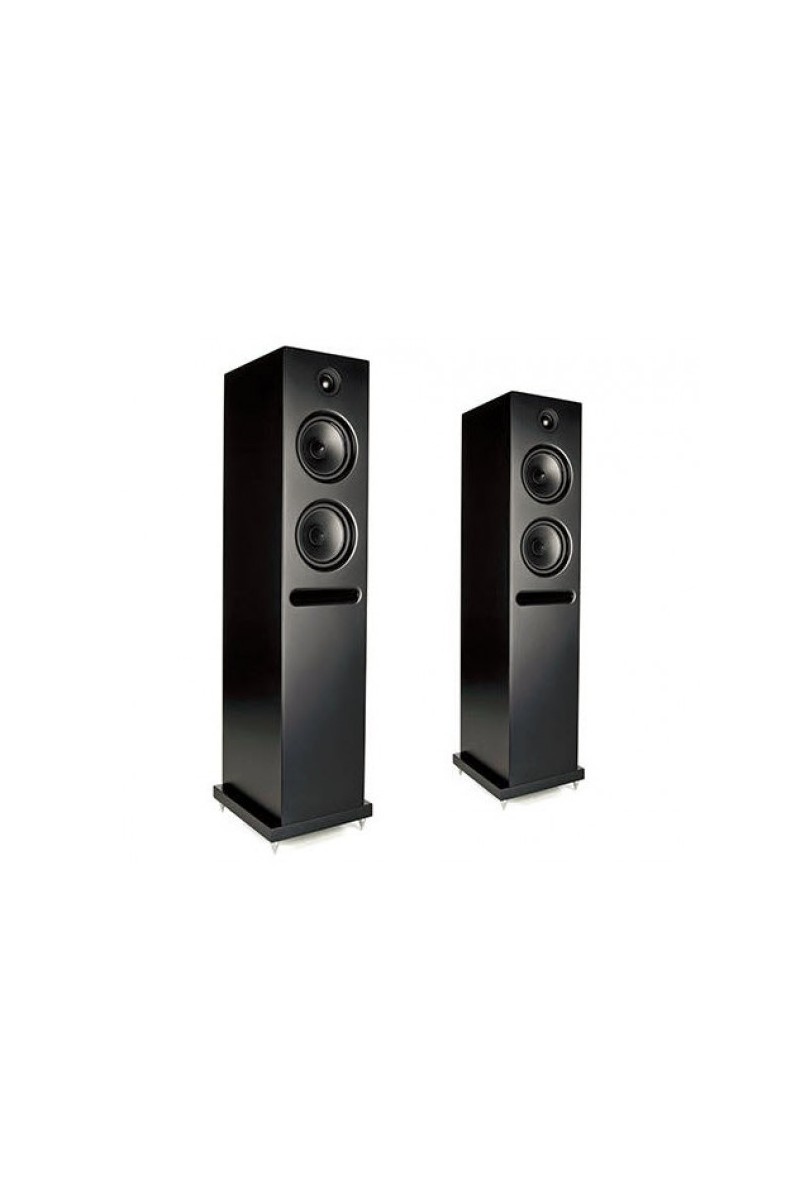 The K-Series marks the beginning of a new era for Epos. The 2 ½ way K2 floor-standing loudspeaker is the second largest model within this range of loudspeakers.

The initial concept started out with a thought about how to take conventional cabinet loudspeakers into a new area of the market. This spawned the idea of how to make a loudspeaker the hub, or central place, for your Hi-Fi system. This concept had to be achieved whilst preserving Epos’ high-end roots.

The K-Series has a number of unique design features that enables it to achieve its design goal. These features include: stylish looks, High Velocity Slot Ports (HVSP), rear mounted drivers, detachable rear baffles and upgradability to fully powered active mode. The K-Series is much more than just another box loudspeaker, it is ‘probably’ the future!

Within the K-Series are a number of new technologies developed to allow superior performance over previous models.

We have found that, if properly implemented, High Velocity Slot Ports (HVSP) can produce dramatic improvements over conventional cylinder ports. HVSP achieves lower audible distortion, by virtue of its lower intrinsic drag and reduced turbulent airflow within the port. HVSP can also lower air loading to the mid and bass drivers, which helps to keep them operating in a more linear region throughout their excursion range.

In a departure from earlier designs, the port is now located on the front baffle of the cabinet. Using a front firing port, the K-Series offers more flexibility with room placement. They can indeed by positioned closer to a wall, without restricting their operation.

The clever clamping mechanism used to secure the drivers has resulted in an even distribution of tension applied to the surface of the basket. This uniformed clamping pressure helps to reduce unwanted vibrations that would normally result in higher levels of distortion. The end result is a beautifully clear and transparent mid-range quality.

Cabinet colouration is a critical area of a loudspeakers design, that is sometimes overlooked; but not with the K-Series. Not only are the K-Series cabinets carefully braced internally, they have also been developed with removable rear baffles. This is an idea dating back to the ES11 days of Epos, with its sandwich construction method. The theory is to reduce the energy absorbed by the cabinet. One way to achieve this is by making the rear baffle a separate element in the construction. The aim is a reduction in cabinet colouration, or unwanted resonance.

Further performance increases have been achieved with the implementation of high quality crossover components, including the selection of very high-grade polypropylene capacitors and metal oxide resistors. As standard, the K-Series comes pre-wired with Oxygen Free multi-stranded copper wire. Specially designed cable management holes inside the cabinet and high current connectors allow for aftermarket replacement cable sets to be installed, if required.

The theories used in the K-Series

The all new K-Series cabinet design is constructed from 15mm MDF and includes some very clever internal bracing to minimise cabinet coloration. The K-Series sees the introduction of a new front firing slot port technology. This slot port was designed for two especial reasons.

Firstly, it allows a high volume of air to pass without introducing any nasty audible effects such as chuffing, unlike some conventional tube ports. Secondly, the slot port has enabled Epos to achieve incredibly low frequency response performance from a relatively small driver area.

One of the key design factors included in the K-Series is the ability to upgrade into an ‘active digital’ speaker. The rear panel and passive crossover are designed to be removed and replaced with our own Active-K module.

The K-Series is available in two elegant silk White or Black finishes with an optional grille being available. Both finish options give you a wonderfully luxurious look and feel to these loudspeakers.

The tweeter has a low resonance frequency, high sensitivity and extended high-frequency response. With a 25mm fabric-dome, short horn, high-temperature ferro-fluid cooled voice-coil, and neodymium magnet, it is capable of high output levels for extended periods without degradation to sound quality.

The Epos K2 mid-bass drivers produces an even frequency response and smooth roll-off.

The Epos 150mm mid-bass driver has a high-quality polypropylene cone and a bullet-shaped dust cap. These components form a stiff, yet pliable, well-damped structure which retains its shape even under high power loading.

The K2 mid-bass drivers also benefits from a bucking-magnet system, ensuring all the magnetic force is concentrated around the voice-coil, allowing for low distortion and high efficiency.

In true Epos tradition; the K-series has reverted to a more simplistic passive crossover topology, for which the brand is synonymous.

A first order crossover is used to allow the Epos tweeter to have a wide dynamic range with super low distortion. The mid-bass crossover uses a 2nd order filter ensuring the K2 is an easy load for any amplifier.

Grille
The K2 has an optional Snap-on grille.

Weight
12 kg per single speaker
14 kg per carton
Packaged One speaker per carton.